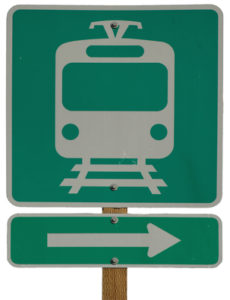 The Aurora light rail along I-225 is expected to be completed in 2016.  City officials hope this 10 mile stretch will become Aurora’s main street, hosting shops, restaurants, residential, and office buildings near the light rail stops.  Many of the plans are expecting vertical development including high-end condos and office buildings.  Aurora Mayor, Steve Hogan, says “It’s an opportunity for Aurora to stop accepting average and start shooting for the stars.”

Critics believe this goal may be difficult to attain.  Aurora City Councilman Bob LeGare says that the market for rentals isn’t realistic.  Commercial space in Aurora usually sits around $17-18 per square foot at the high end, while plans for the development are aiming for office space at $25 per square foot.  The higher price required for developers to make a profit is largely due to zoning is transit-oriented developments.  A development of four stories or higher must have a parking structure and elevators, so the cost is passed on the tenant.

Development around Littleton’s light rail system has had moderate success, while Lakewood’s light rail line has been open for 10 months and has not yet seen transit-oriented development.

Mayor Hogan admits, “Maybe we are expecting too much or aiming too high.  But if you never try, then he’s [Councilman LeGare] right.”